With a total of 663,268 square miles of water and land, Alaska is the single largest state in the US. Despite its impressive size, Alaska doesn’t share a border with any other US state and has a population of only 710,000 people.

Due to its giant size and sparse population (40% of which lives in a 1,944 square mile area known as the Railbelt), Alaska has never undergone the widespread industrialization that has occurred in many other parts of the world.

Thanks to this, Alaska’s gorgeous landscapes and ecosystems have remained almost completely intact. In fact, the state has become a popular tourist destination due to its countless natural beauties, plentiful wildlife, and countless peculiarities.

What are the top 6 most unbelievable facts about nature in Alaska? 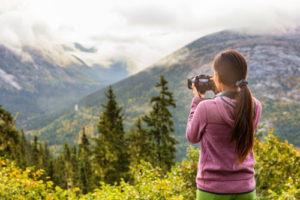 Everyone knows that Alaska is home to a huge population of bears, moose, caribou, bison, orcas, eagles, and other incredible animals. But did you know that it also has many unique geographical and ecological traits?

Here are the 6 most amazing nature facts about Alaska:

1. It contains over 130 active volcanoes

The Aleutian Islands archipelago in southern Alaska is located in one of the most active earthquake belts in the world. As a result, this archipelago features a huge number of active volcanoes, with Mount Shishaldin being an especially spectacular one.

2. The size of its mountain peaks is legendary

No less than 17 of the highest mountain peaks in the United States are located in Alaska. At 20,320 feet above sea level, Denali Mountain (formerly Mount McKinley) is by far the largest one of them. This makes Alaska an extremely popular destination for skiers and mountain climbers.

3. It has the biggest fruit and vegetables

Due to being located in northern parts of the globe, Alaska gets over 20 hours of sunshine per day. This enables some plants to generate more energy, and grow larger and sweeter than anywhere else in the world. If you visit the Alaskan State Fair in August, you’ll likely have a chance to marvel at these giant vegetables.

4. It contains the biggest national forest in the US

Located at the Southeast coast of Alaska, the Tongass National Forest covers 16.7 million acres, making it the single largest national forest in the country. To put this into perspective, this temperate rain forest is almost half the size of Florida!

5. You can swim to Russia from Alaska

The part of the Bering Strait that lies between Alaska and Russia is a lot less broad than you’d think. At its narrowest point, it’s only 51 miles wide. This enabled a long-distance swimmer named Lynne Cox to swim across the channel and onto the shores of the Soviet Union in 1987.

6. The Bering Strait was once a land bridge 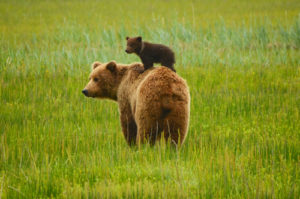 The global sea levels were a lot lower 15,000 years ago than they are today. Back then, the Bering Strait was actually a land bridge that connected the westernmost part of Alaska with the easternmost part of Russia.

Ancient peoples actually used this land bridge to cross from Asia into North America. Some of them settled in Alaska, while many others continued further south and eventually settled both South and North America.

The facts we listed in this article are just some of the countless reasons why the Last Frontier is such a must-visit destination for tourists everywhere. At White Lilac, we would like to make your time in Alaska all the more pleasant by taking care of your cleaning needs while you’re away. Contact us today!