The Essential History of Cleaning

People have been developing efficient upkeep methods for centuries, from the invention of the first cleaning agent to modern appliances like vacuum cleaners. The fundamental history of cleaning teaches us that housekeeping has come a long way.

However, regardless of how much maintenance has advanced a lot of people rely on home cleaners in Eagle River, AK for aid. This article lays out some interesting facts about the history of home cleaning. Let’s dive right in!

When did people start cleaning their homes?

People started cleaning their homes several millennia ago. The method varied from civilization to civilization, but some things remained constant. Here is how people did housework in the past: 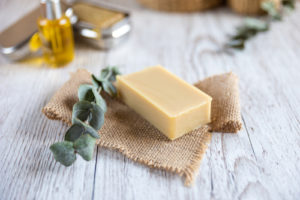 Ancient Romans invented lead-lined water pipes and tanks around 3000 B.C. The rich paid for drinking water although its quality wasn’t much higher than the quality of the water that peasants used. Water was stored in large tanks and it often became stagnant. Most water systems were made from elm trunks and domestic pipes lined with lead. Luckily for modern people, the water system has advanced significantly so today you can spruce up your bathroom in 15 minutes.

Ancient Babylonians were the pioneers of home cleaning as they invented soap around 2800 B.C. Archeologists found this out when they excavated soap-like materials and various cylinders. On top of this Babylonians discovered the danger of contaminated water, which is why they brought in fresh water for their household activities every day. Nowadays, people use similar principles of sanitation for garage cleaning.

3. The alleged origin of Spring cleaning

Ancient Persians held a ceremony called “shaking the house” which some scientists believe was the predecessor of what we nowadays know as spring cleaning. Since spring is the season of new beginnings this was some kind of New Year’s celebration that took place on the first day of Spring. People in Iran, today’s territory of Persia, still adhere to this custom and clean everything from drapes to furniture.

An unexpected fact about housekeeping is that people paid great attention to hygiene long before bacteria and protozoa were discovered by Antony Van Leeuwenhoek. The discovery of microorganisms was followed by the invention of the first sanitizer. Joseph Lister used a carbolic acid chemical solution as an antiseptic. This discovery raised awareness about the importance of sanitation, especially when it comes to medical instruments.

What was the first ever cleaning product?

The first cleaning product was naturally soap. As mentioned earlier it was invented by Ancient Babylonians. However, other civilizations like the Egyptians manufactured it, too. A medical document dating back to 1500 B.C. states that Egyptians used vegetable and animal oil to make soap-like substances.

Modern soap products emerged thousands of years later. Soap was considered a luxurious item in the 18th century and people were even taxed for it. As soap chemistry improved the manufacturing costs decreased and it became widely accessible and affordable.

Where can I find dependable home cleaners in Eagle River, AK? 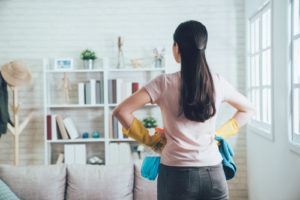 Although the methods and cleaning agents have advanced a lot, housekeeping has been a demanding task since the dawn of civilization until today. Fortunately, if you require professional assistance with the regular home upkeep, you need to look no further than White Lilac. Our bonded experts will make your home as neat as a new pin in no time. We provide an array of services from light fixtures cleaning to toilet disinfection.

Let your hair down and explore the Daughters of the American Revolution Museum while our masters in green cleaning make your home sparkling. Book today and leave everything in our capable hands!